HISTORY OF THE PALACE 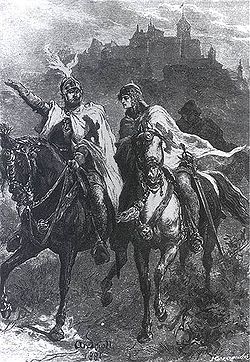 In 1225, Bishop Wilhelm of Modena ordered the construction of a castle on the Lielupe River below Mezotne. Pope Clement confirmed the right to build, but the implementation of this intention was delayed by the resistance of the Semigallians to the crusaders. Only in 1265 a castle was built on the Semigallian ancient trade-site. The Castle was built by the Master of the Livonian Order Konrad von Mandern. The Livonian Rhymed Chronicle says: “He ordered to build a castle at Lielupe four miles from the land against the Semigallians, which the Semigallians were not happy about. This castle was named Mitau”. The castle saved the life of the Master of the Order already in the same year 1265, when the troops of the Order after another predatory campaign were ambushed by the Semigallians. Jelgava Castle was an important stronghold of the Livonian Order. 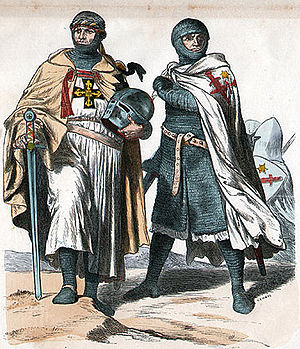 Having earned the respect and trust of the Brothers of the Order, any knight could become the economic manager of the castle, then the vogt, the superintendent, the commander-land marshal and, finally, the master. The governors of castles and districts were subordinate to the Master of the Livonian Order. Districts were located in places of military importance; their centres were fortified castles. In the 14th century, Jelgava Castle was improved. In 1561, as a result of the Livonian War, the Duchy of Courland and Semigallia was formed. 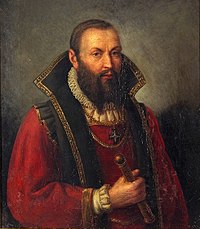 Since 1566, the Duke of Courland and Semigallia, Gotthard Kettler, chose Jelgava Castle as his residence, where he moved with the court in 1568 after finishing of renovation works.

In 1737, after the death of the Ferdinand - last Duke of the Kettler dynasty, Ernst Johann Biron was elected as the new ruler of Courland and Semigallia. He decided to build a new palace on the site of the castle of the Livonian Order, built already in the 14th century. In the fall of the same year, the building was blown up and demolished to clean the place for a new residence. 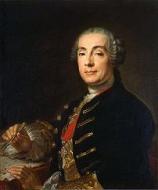 The construction of the palace took place in two stages - from 1738 to 1740, and from 1763 to 1771. Initially, the Palace had three buildings placed in U-shape and rich interiors in the rococo style. Jelgava Palace is the greatest masterpiece of the early period by the outstanding Russian court architect F.B. Rastrelli and one of the most outstanding architectural monuments in Latvia that has survived to this day. 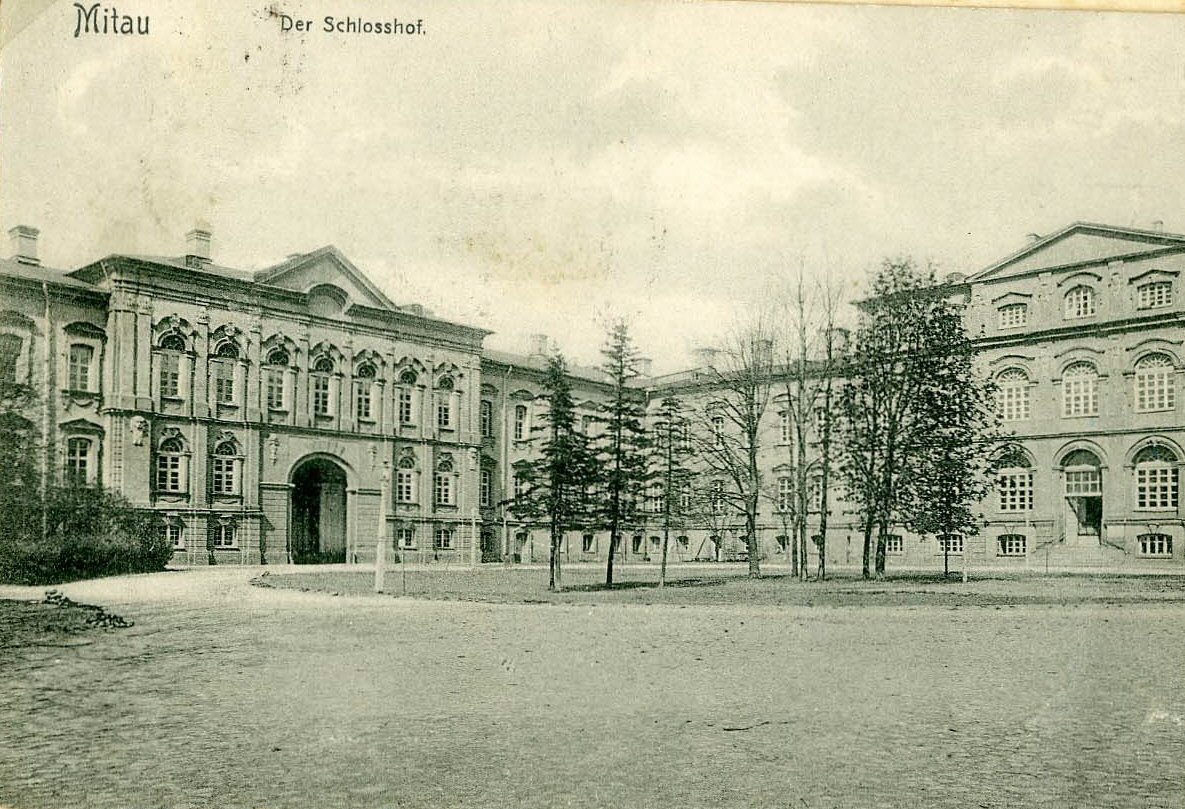 The Palace, built by the architect F.B. Rastrelli, for E.I. Biron served as a ducal house, a refuge, with the exception of the time when E.I. Biron was in exile (1740-1762). In 1740, on the basement floor of the Jelgava Palace premises were equipped for the needs of the tomb of the Courland dukes, where the sarcophagi of the deceased rulers were moved from the previous crypt, which was located in the basement of the church, built in 1538 and demolished in 1738. In 1820, the tomb was moved to the basement of the southeast wing, where it is located to this day. The tomb in the Jelgava Palace is the largest burial place of its kind in Latvia. The tomb contains 21 metal sarcophagus and 9 wooden coffins, in which 24 representatives of the Kettler dynasty and 6 members of the Biron dynasty were buried during the period from 1569 to 1791. Over the centuries, the tomb was destroyed and plundered several times, but in 1973 the Rundale Palace Museum began an inventory and restoration of the tomb. Since 1990, the tomb of the Courland dukes has been the permanent exhibition of the Rundale Palace Museum. 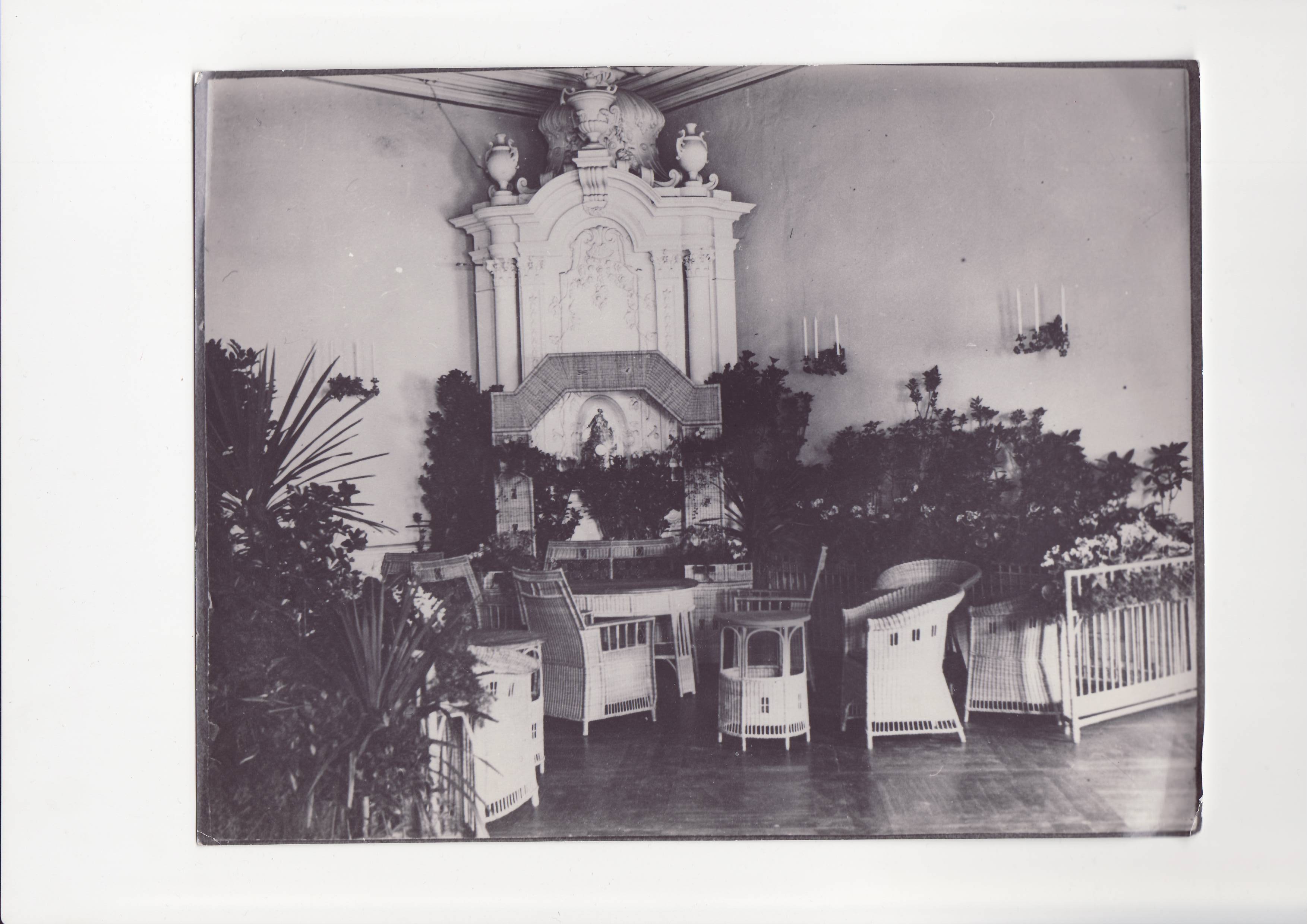 In 1795 the Duke Peter Biron sold the Duchy of Courland and Semigallia to Russia, thus the duchy ceased to exist, and the Palace housed the administrative institutions of the Courland province of Russia, which were located there until the beginning of the 20th century. From 1798 to 1807, the Count of Provence, and later King of France Louis XVIII, stayed twice in the palace, accompanied by his retinue, and in 1812 the hospital of Napoleon's army was located here. 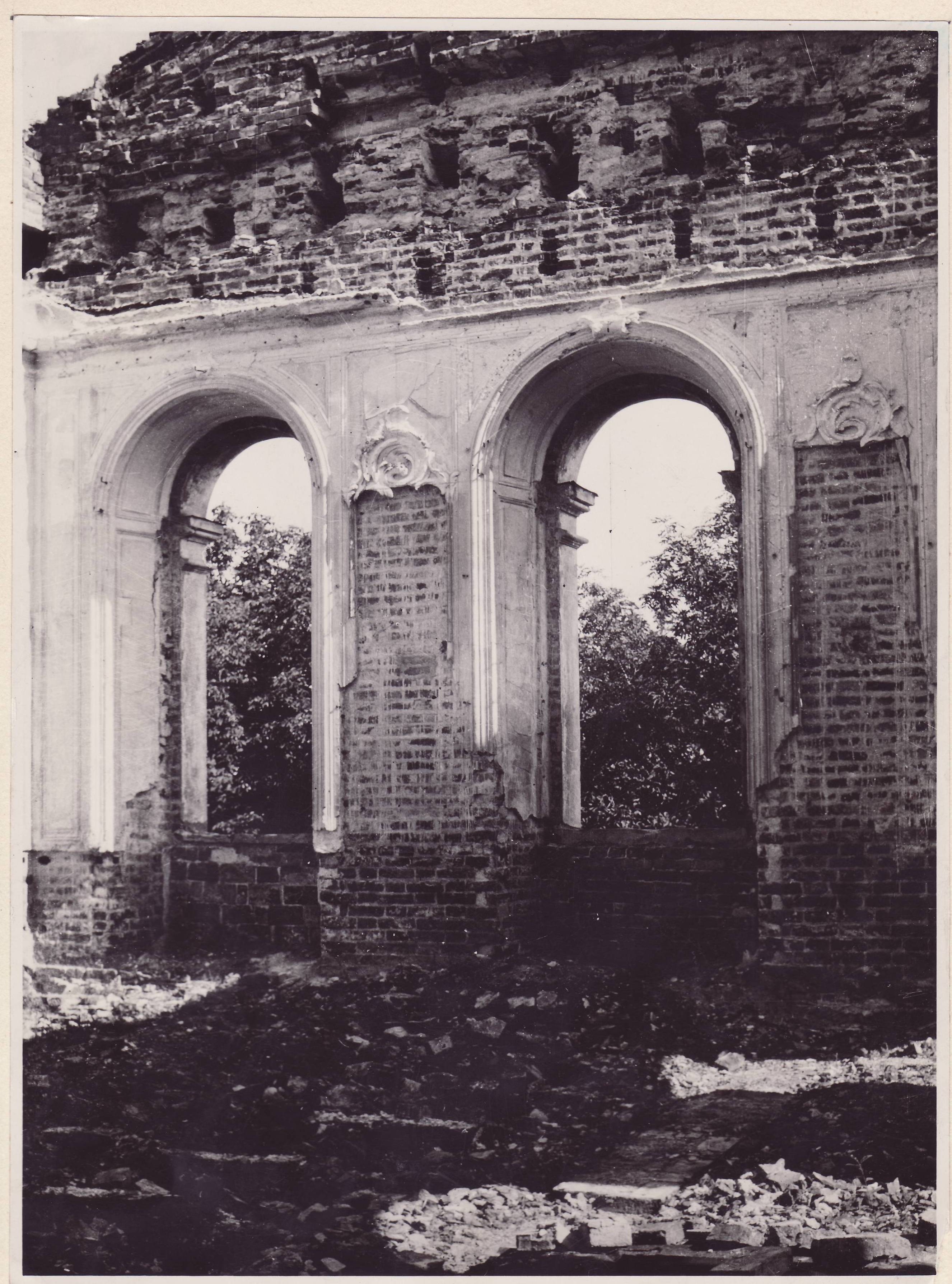 During its existence, the Palace burned several times - in 1788, 1805 and 1816, but in 1919 the Palace was completely burned down by soldiers of the army of Bermont-Avalov. 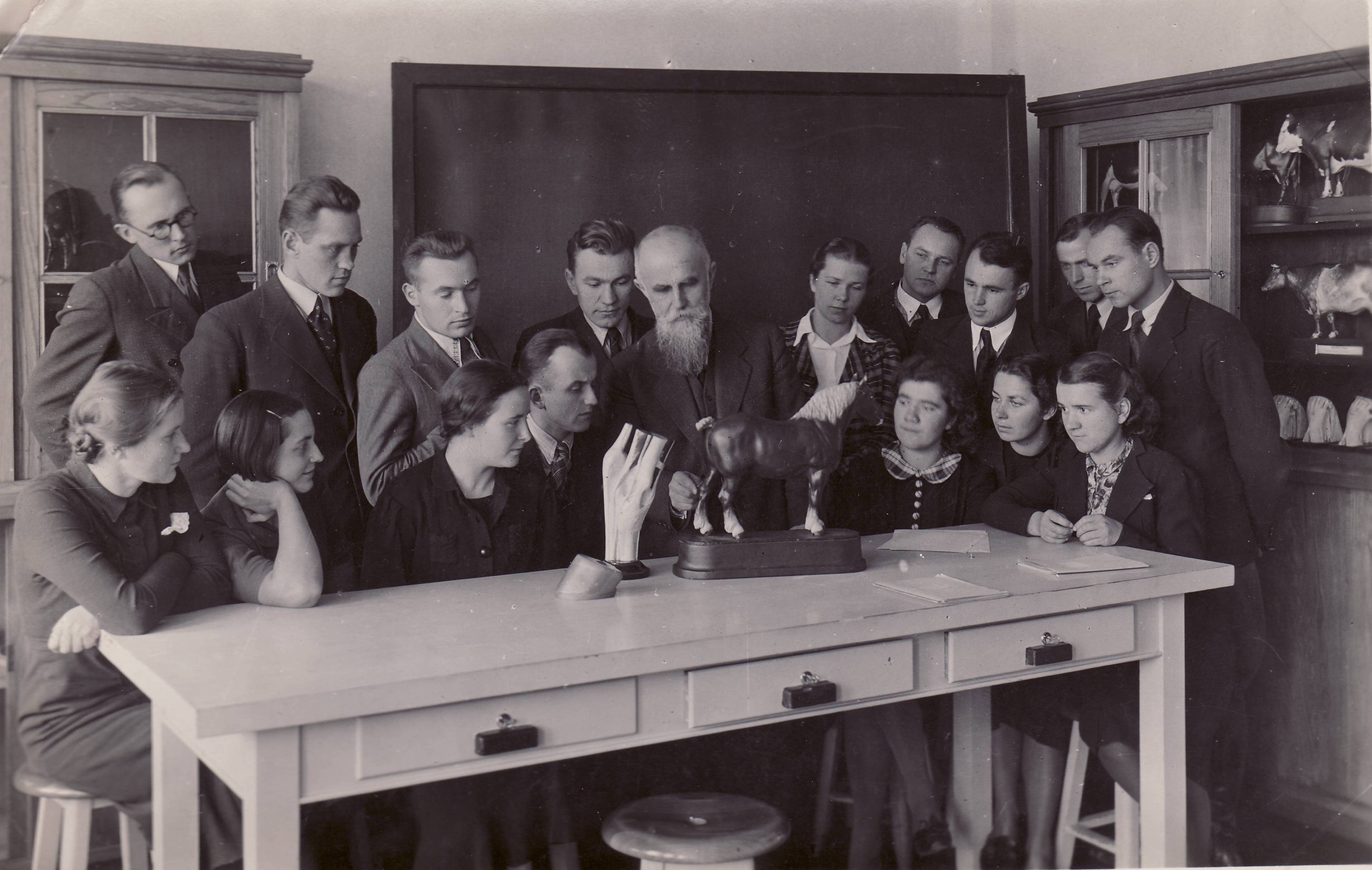 On July 3, 1939, the Jelgava Academy of Agriculture was opened with two faculties - Agricultural and Forestry. On October 28, a grand opening of the premises took place at the Academy with the participation of the President of Latvia Karlis Ulmanis. 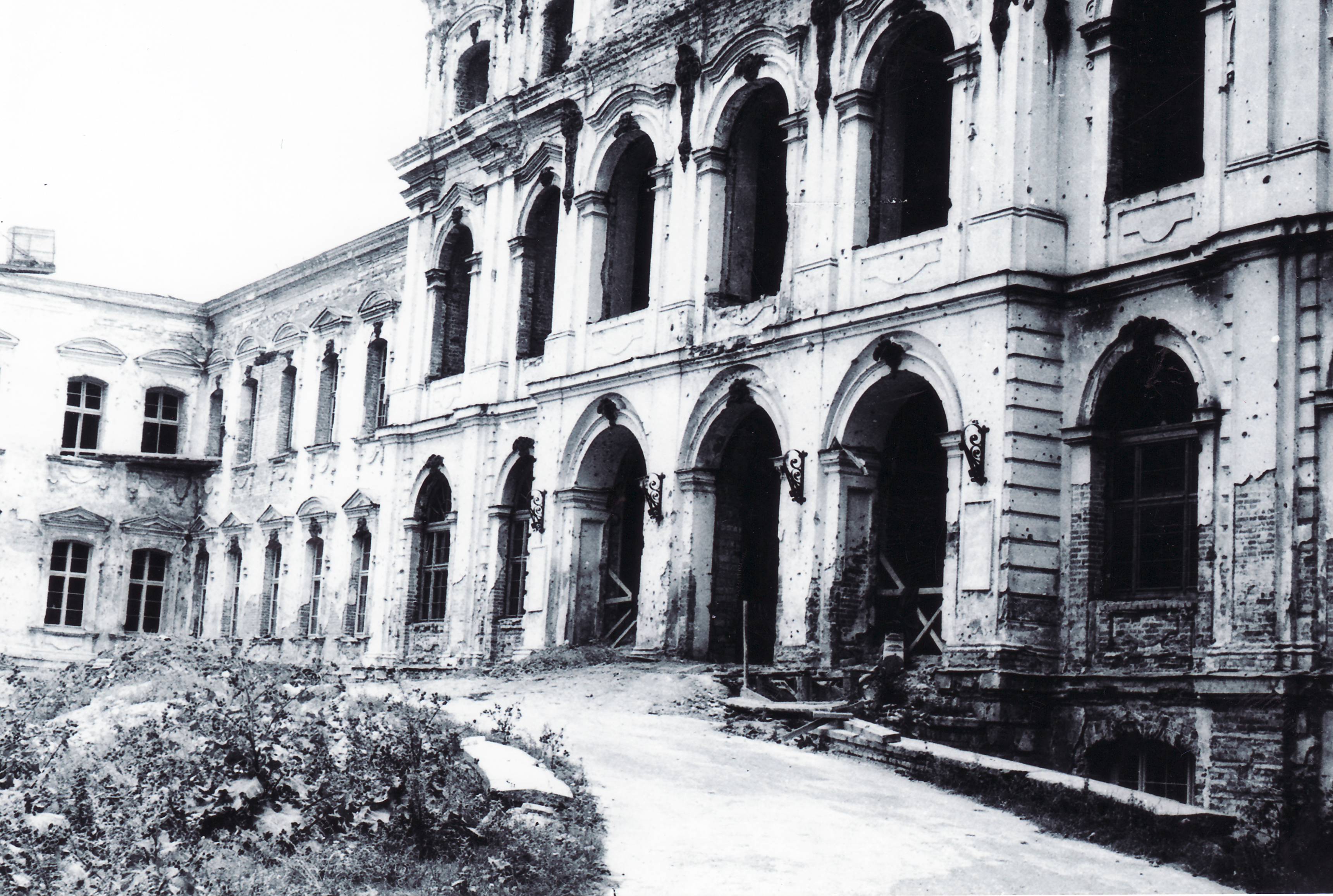 The greatest damage to the Palace was done during World War II - at the end of July 1944 the Palace was destroyed, and subsequently the Jelgava Academy of Agriculture also ceased to exist. 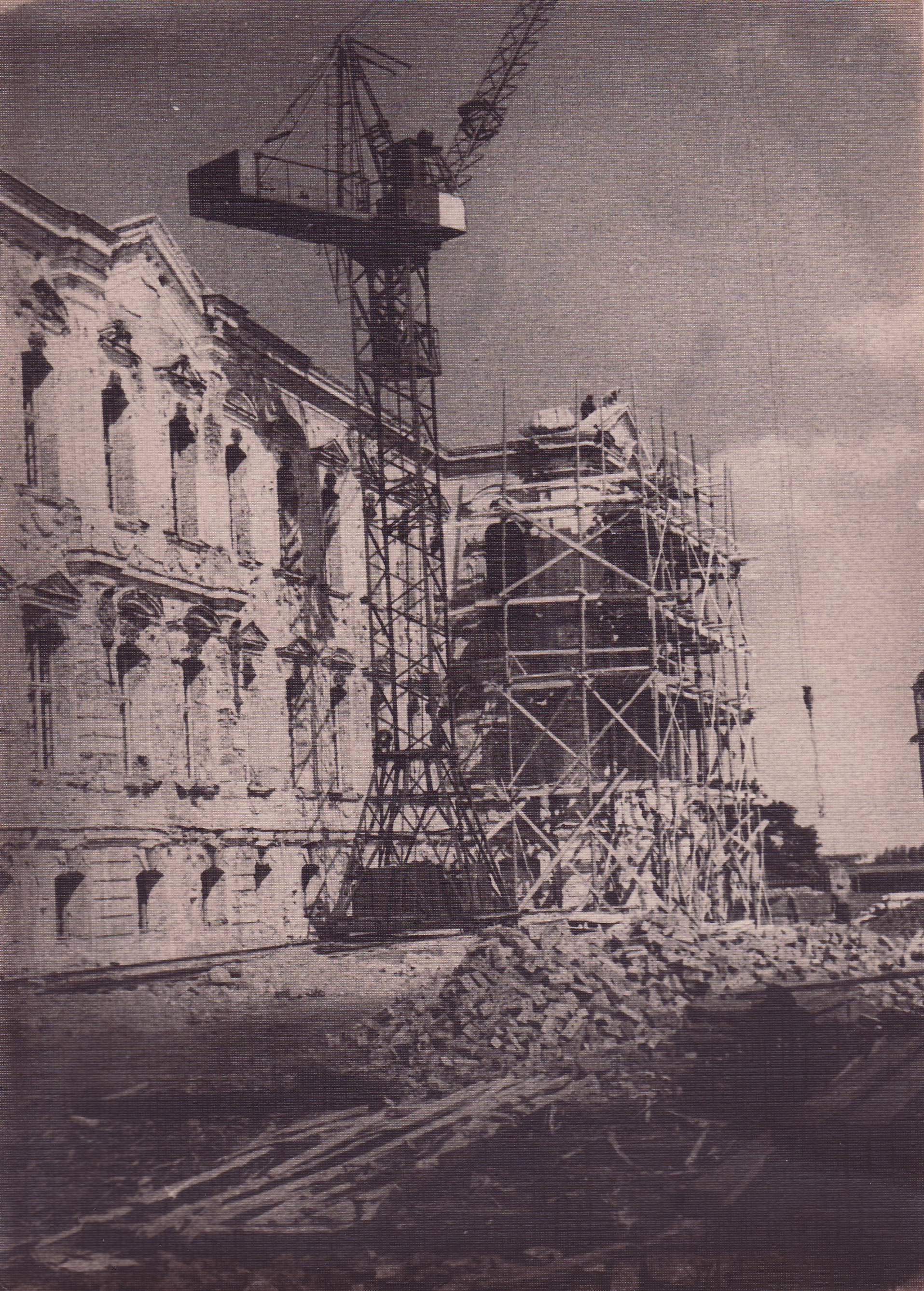 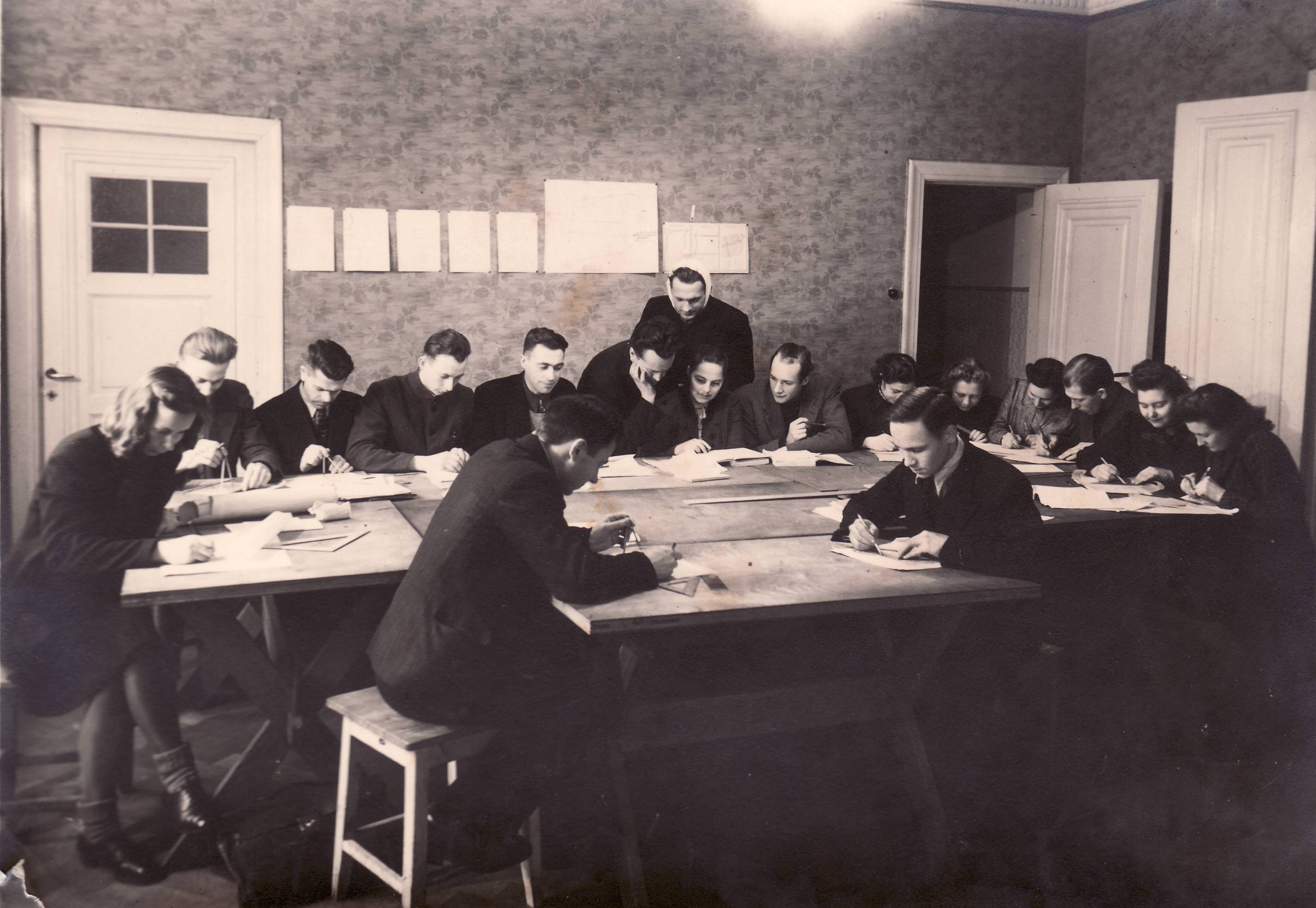 Currently, the Jelgava Palace houses the administration of the Latvia University of Life Sciences and Technologies (LLU), as well as two of the eight faculties of the University - the Faculty of Information Technology and the Faculty of Agriculture. 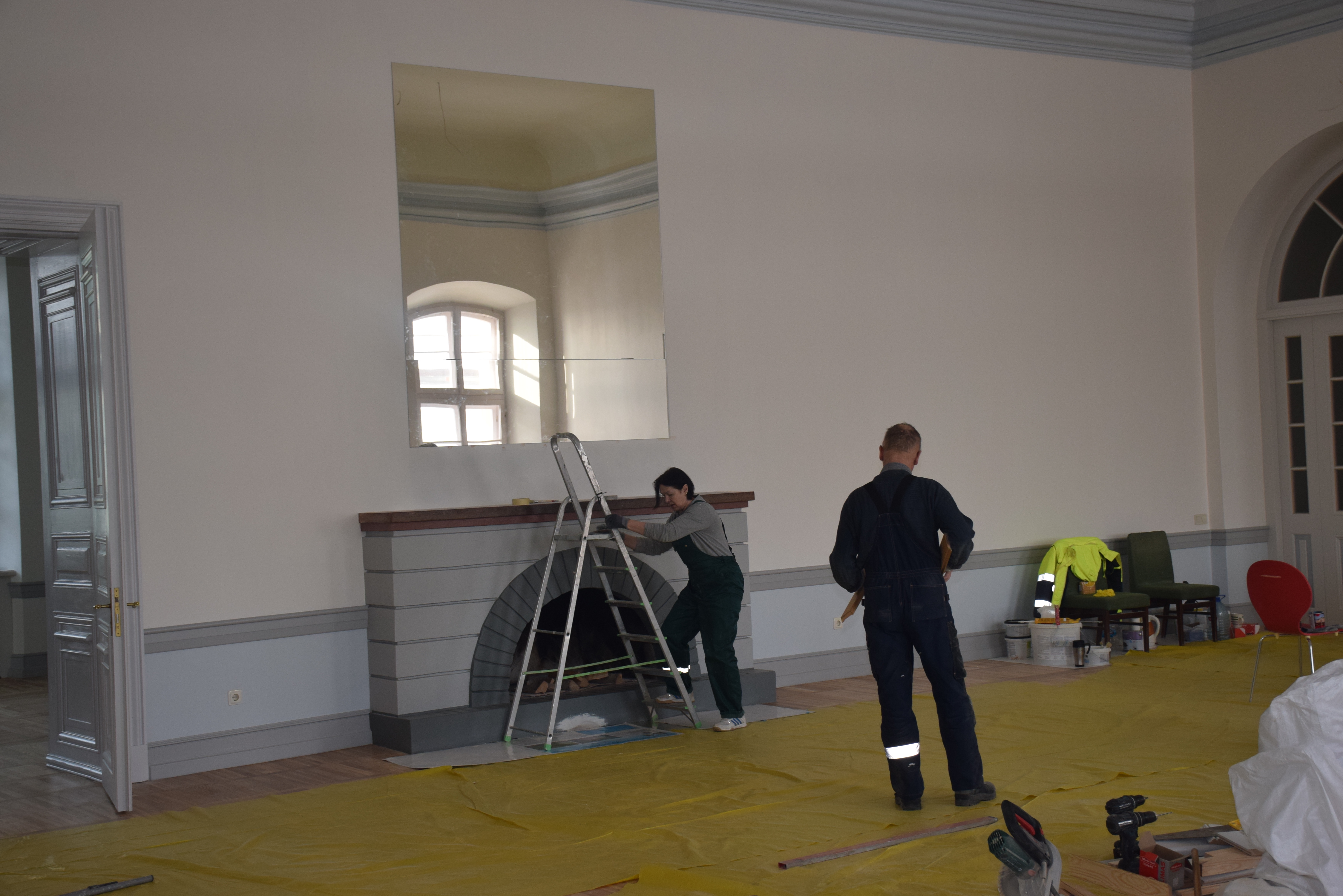 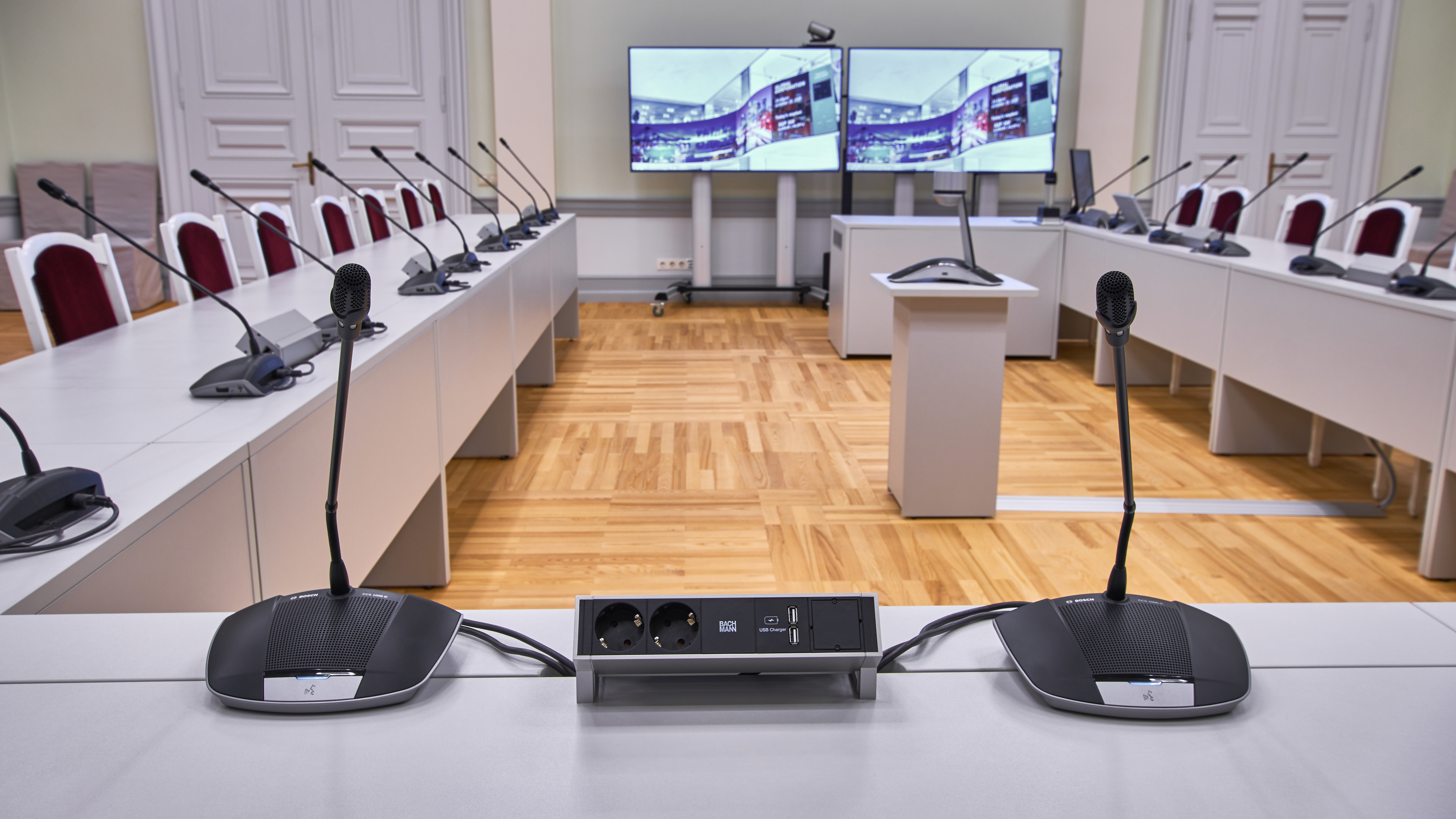 On March 20, after more than eight months of renovation works, the premises of the Centre for Bio-economics and Sustainable Resource Management of the LLU were opened in the Jelgava Palace, including the Main Hall of the LLU and a group of premises in the southeast wing of the Palace. Historically, these rooms in the Jelgava Palace were the Silver and Golden Halls and the duke's bedroom, but after renovation they were adapted to perform scientific functions and promote international cooperation in research. 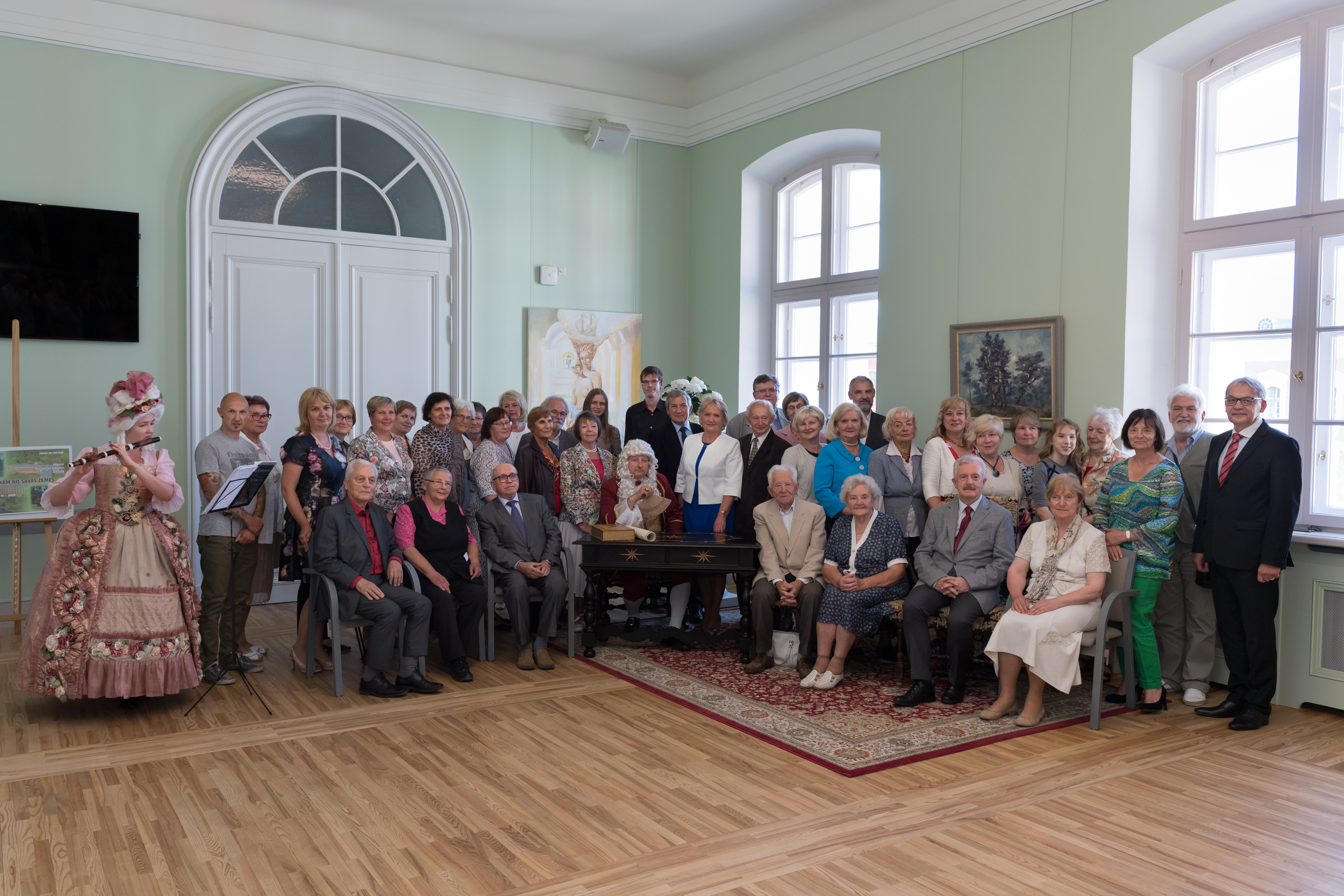 June 14, 2018 marks the 280th anniversary of the laying of the first stone in the foundation of the Jelgava Palace. On this occasion - in order to draw public attention to the significance in the history of Jelgava and Latvia of the biggest Baroque pearl in the Baltic States - Jelgava Palace, the conference "Jelgava Palace - the mirror of the era" was held.